A Puzzle of Rock

A Puzzle of Rock Later this year, trail users in Western Maryland can look forward to five more miles added to the already-popular system at Deep Creek Lake State Park near the town of Swanton. The addition is part of a larger plan that will include 20 more miles built across three other adjacent parks.

This is exciting news for mountain bikers, who have had few riding opportunities in the area.
The legacy trails at Deep Creek were old roads or fall-line sections, mainly serving to get people to the top of the mountain, which rises 500 vertical feet from the lake. Then in 2016 and 2018, the trails comprising phase one and half of phase two were built by IMBA Trail Solutions, totaling about 10 miles. After that, riders began visiting the park in earnest. “People are loving the trails,” said park manager Roy Musselwhite. “They appreciate the level we built them to—they’re challenging and fun, and people are coming back. We see a lot of familiar faces as well as new ones, as the word is spreading to the region.”

The new trails being built this year will maintain the rocky-but-fast vibe, which offers a different experience from other trails in the region. Jeff Simcoe lives five miles from the park and rides there regularly, while also working as the recreation land manager at the Big Bear Lake Trail Center in nearby West Virginia. “The trail they originally built (at Deep Creek) has plenty of smooth sections, which gives some speed that we enjoy, since West Virginia is really natural and rugged. At the same time, they’ve worked in some solid rocky sections and it’s a good mix. In general I would say it’s faster trail than we typically have.”

Dan Hudson, trail manager for the Maryland Department of Natural Resources, knew what he wanted when he drafted the concept plan for the park in 2012. “We’re trying to create trails that have a strong sense of place. We worked hard on the design of why the trails are where they are on the mountain and how they were built.”

Although they’re machine-built, the use of abundant local rock keeps the trail narrow. All the trails are hand finished, with the builders putting together rock puzzles to create trail through fields of rock. “You’ve got 18-inch trail left behind,” Hudson said. “It looked like single track from the get-go because of pulling those rocks back in. It doesn’t look like your typical machine-built trail.”

Most of the current trails are rated blue in difficulty, with one that is considered black, featuring tighter turns and more challenging rock features. Phase three, which is currently in the permitting process, will expand into the neighboring Garret State Forest. The terrain there has less vertical and provides more rolling terrain, which will be appropriate for green trails. The character is still rocky, but the gentler grades will also allow for future groomed trails for fat biking.

“We want to do as much as we can with the land we have to be an outdoor recreation destination, while preserving the landscape and finding a balance between the two,” Musselwhite said. “We want to provide high quality trails for moderate- to advanced-level outdoor enthusiasts, and get past just using old roads in favor of designed trails. Right now we have magnificent mountain biking and the hikers love the trails just as much. It seems like we found a great balance between the users as well.” 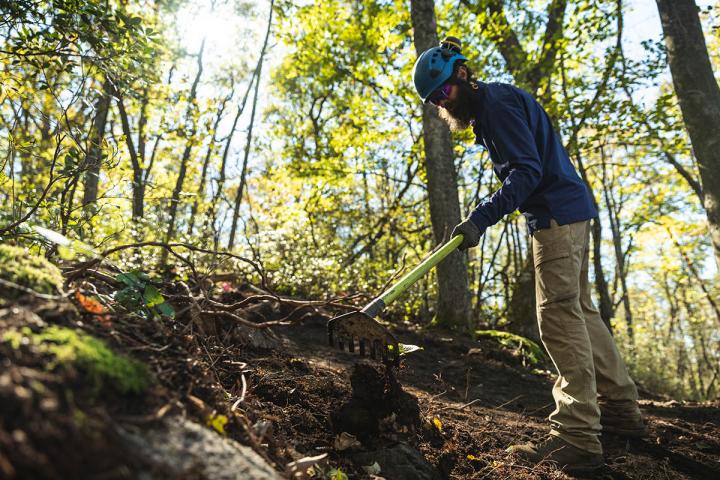 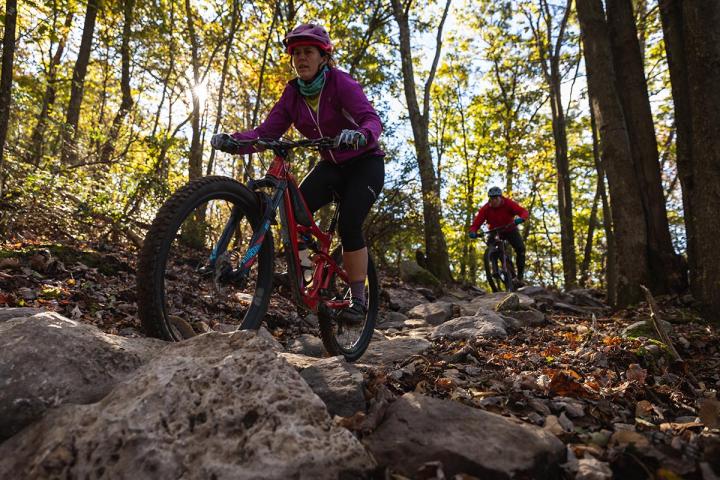 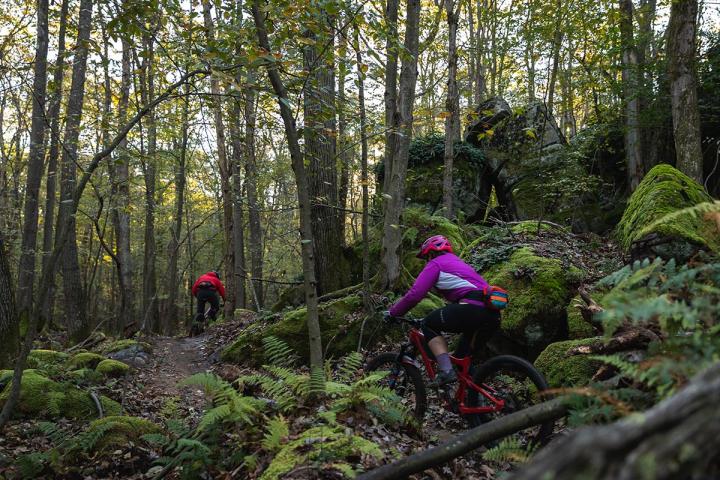 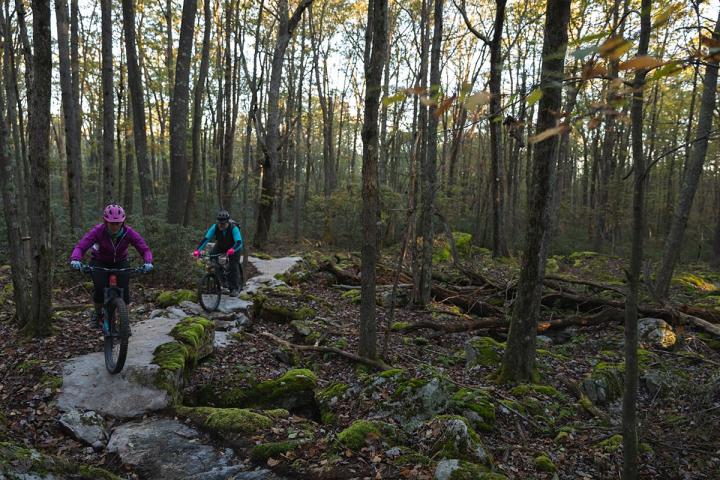