In California’s state capital, there’s a new bike park about to open thanks to the vision and forward thinking of the people at Nehemiah Corporation, who are working on Township Nine—a centrally-located, easily accessible, mixed-use development.

Opening August 1, you can get to this “pump park” by light rail, bike path, or even boat. On the river, just off the I5, and right down the road from the Amtrak station, it has never been easier to get in a session.

Terry Cox, who owns and runs College Cyclery, is a pump track aficionado, and working with IMBA Trail Solutions’ Randy Spangler, has developed his own pump park in his back yard. It has attracted attention, hosting some neighborhood riders, and pros alike. “I just wanted a place where we could pop wheelies, where I could teach my wife and kids how to pop wheelies, do some skids—so someone suggested I get Randy to come down and build some stuff,” said Cox.

Steve Goodwin, president at Township Nine and The River District, heard about what Cox had created and got inspired. According to Cox, Goodwin approached him about building something exciting as part of the new community and rejuvenated river lands—even without having much cycling experience himself.

Cox coached him through the logistics, recommending an innovative model similar to the private/public/community partnership that gave birth to the world famous Aptos jumps. By leasing the land back to the city, the space can be insured as a public park. “It’s a good land use, the city is able to get an amenity out of it they might not have had the resources to build, and the developer can offset the cost of the land while they’re not using it,” said Cox. This way, it’s not just sitting there growing weeds; it’s active, people are using it, and it’s a vibrant part of what you’re doing.”

Cox and Goodwin met with the city, which was very open to the idea. Another pump-track project had been scrapped recently because residents turned it down. “It almost solved a problem for them,” said Cox. “Without an existing neighborhood to consult, they were able to get approvals pretty quickly. Everybody involved had the right knowledge, resources and forward thinking to get this moving.” Cox, Spangler and a small army of dedicated and generous FATRAC volunteers worked to get the park finished in record speed.

The new park incorporates all of what Cox and Spangler have learned experimenting in Cox’s back yard. Spangler’s design has a skate-park feel, with multiple, free-flowing lines. Thanks to its location, they’ve paid extra attention to making it top-notch; sponsors are coming to the table to take it to the next level in exchange for its potential for attracting attention.

Already, the new Powerhouse Science Center (also part of the Sacramento River Rejuvenation) is interested in offering programs for kids as part of their summer camps. The California Highway Patrol Head Quarters is housed down the block as well, and officers who run the CHP Bike Program are ‘pumped’ to see the new park for themselves and spread the word. “Everyone is over-the-top excited,” said Cox. 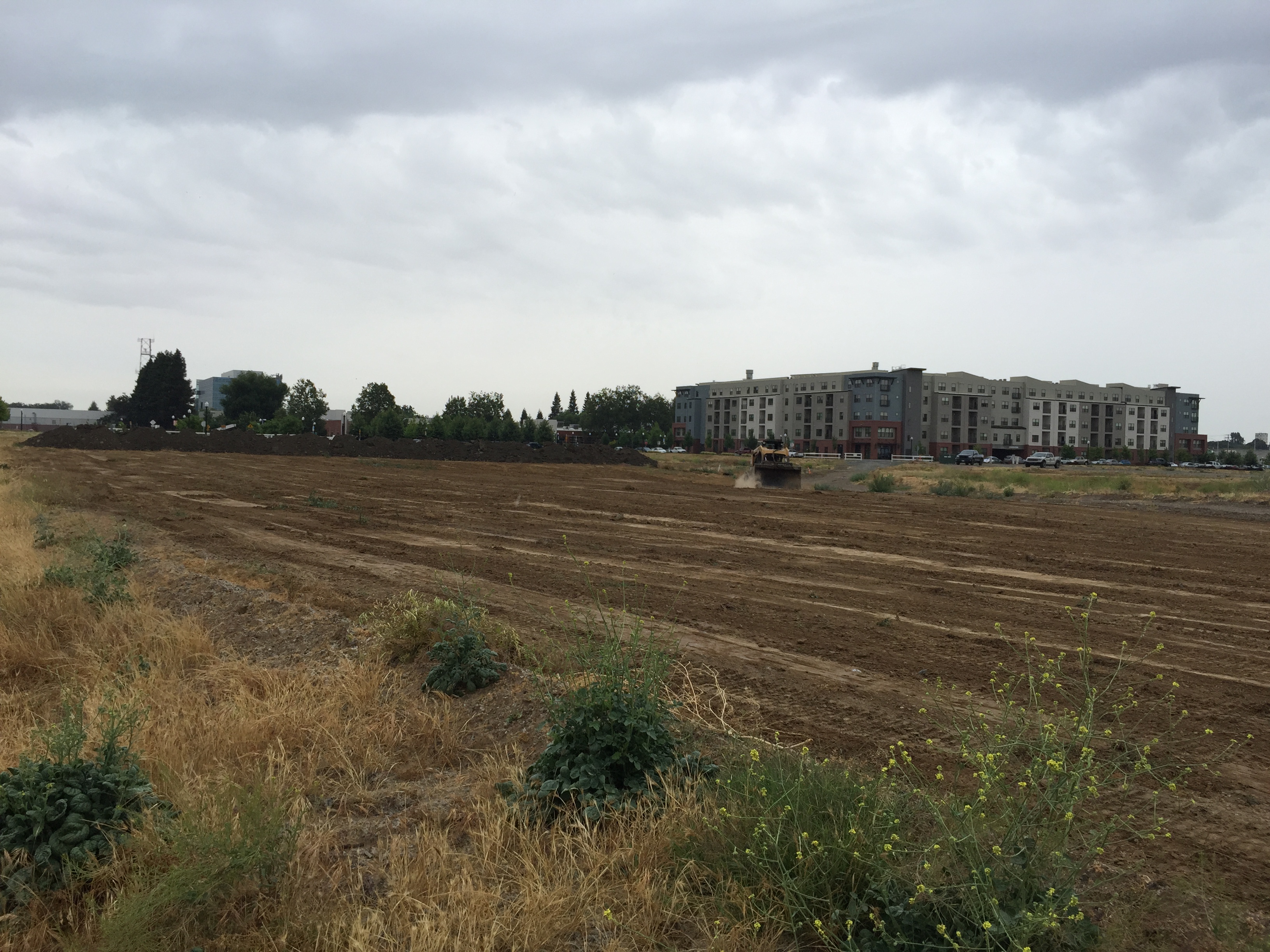 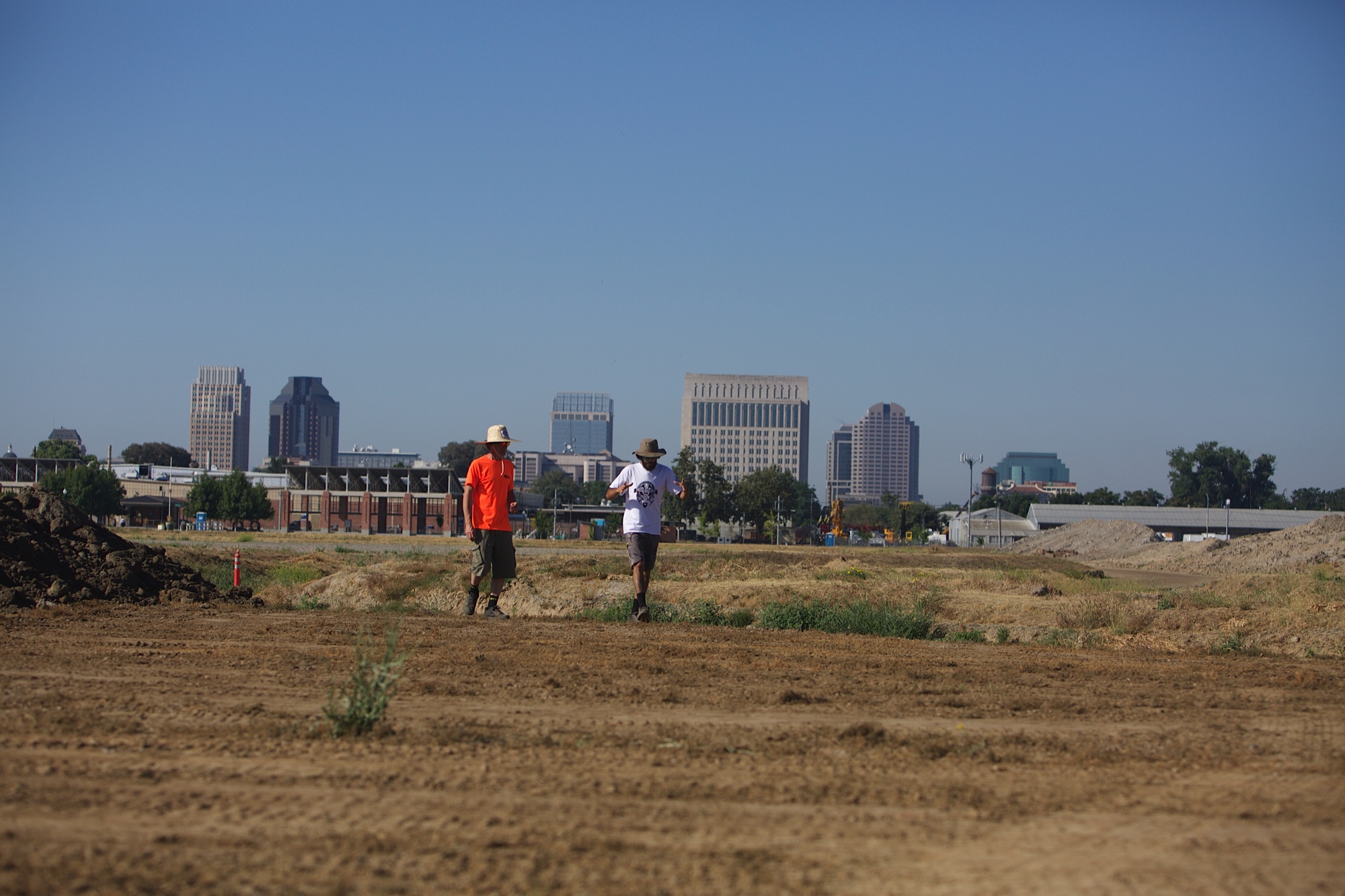 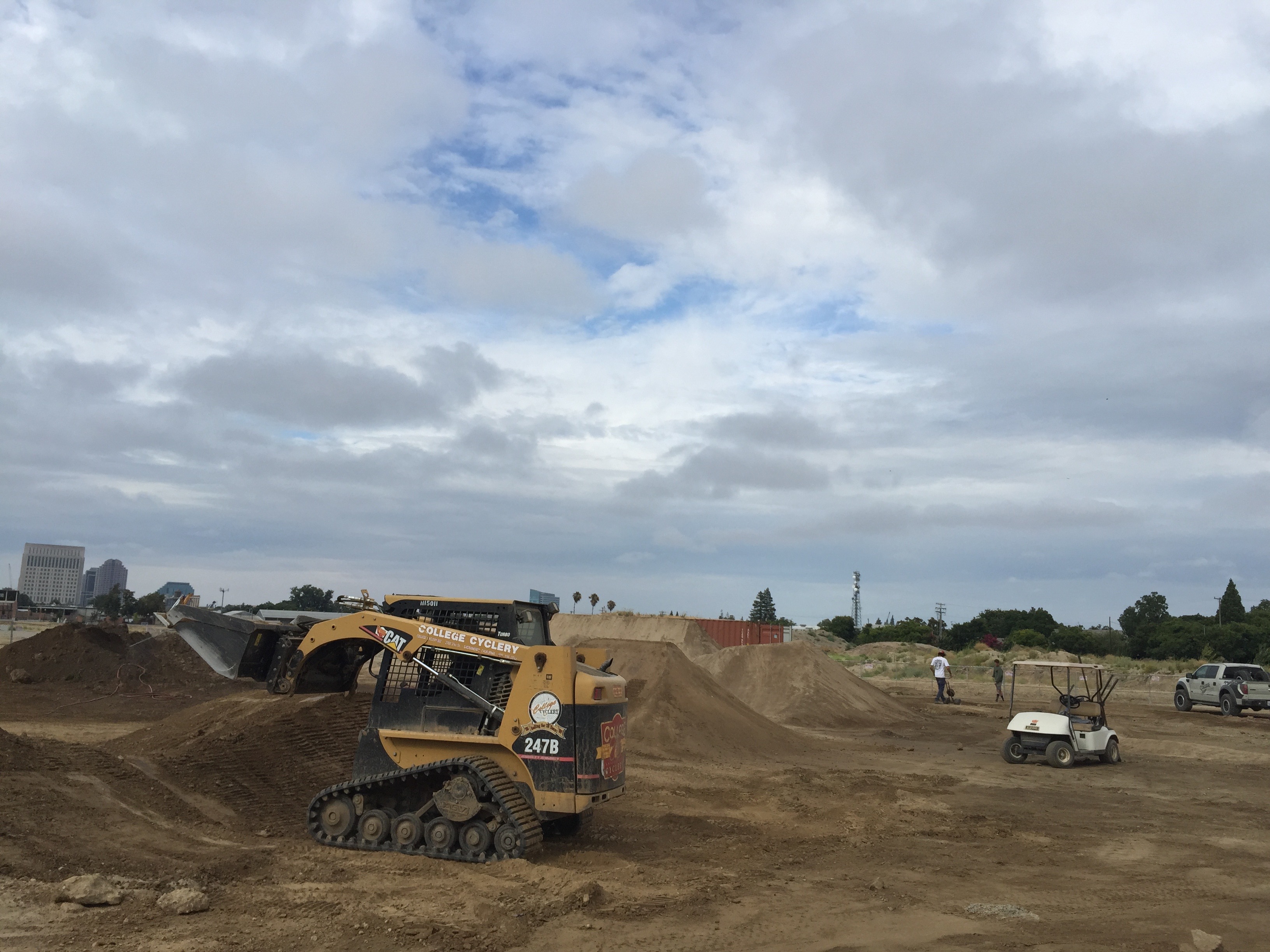 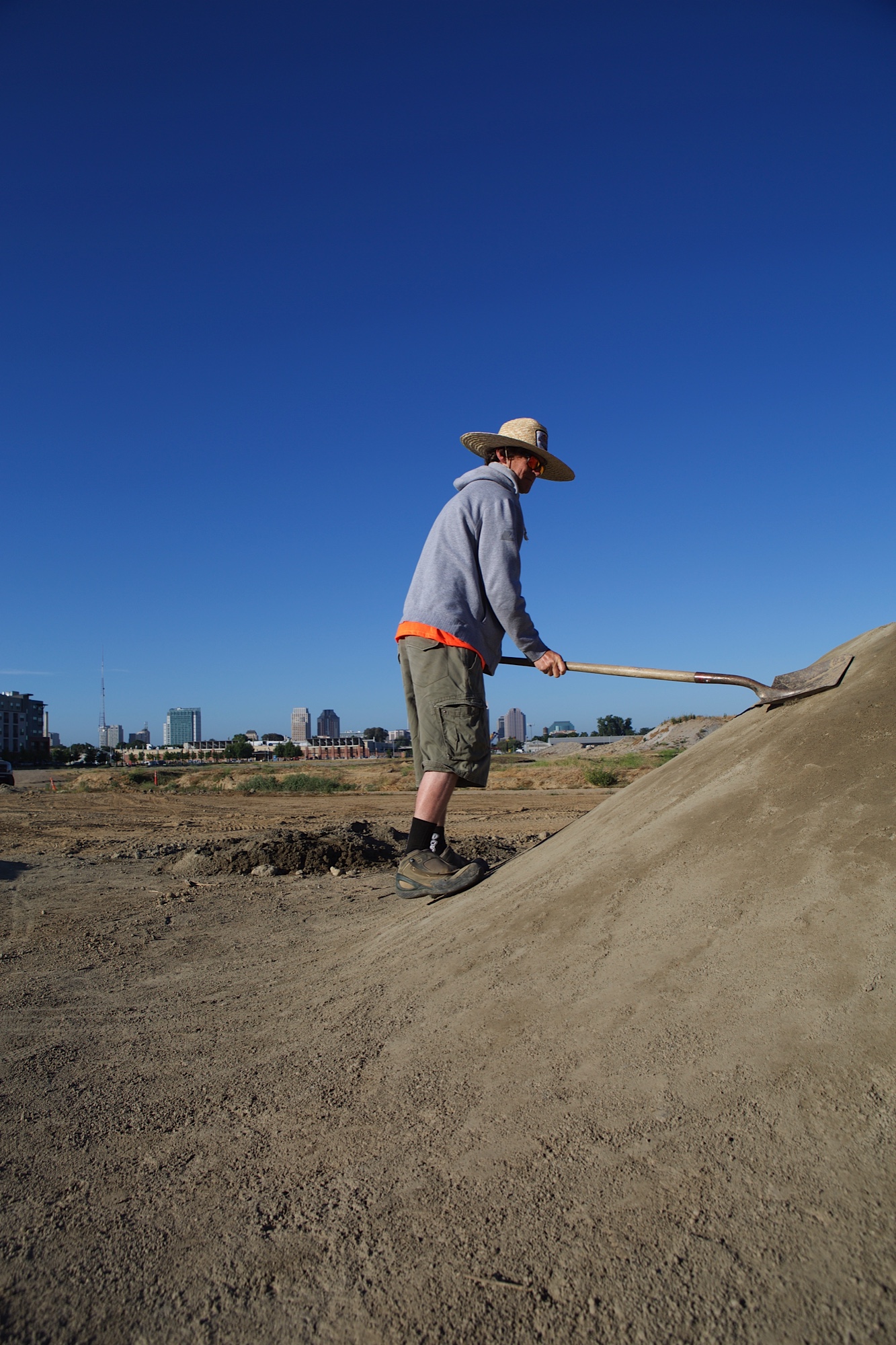 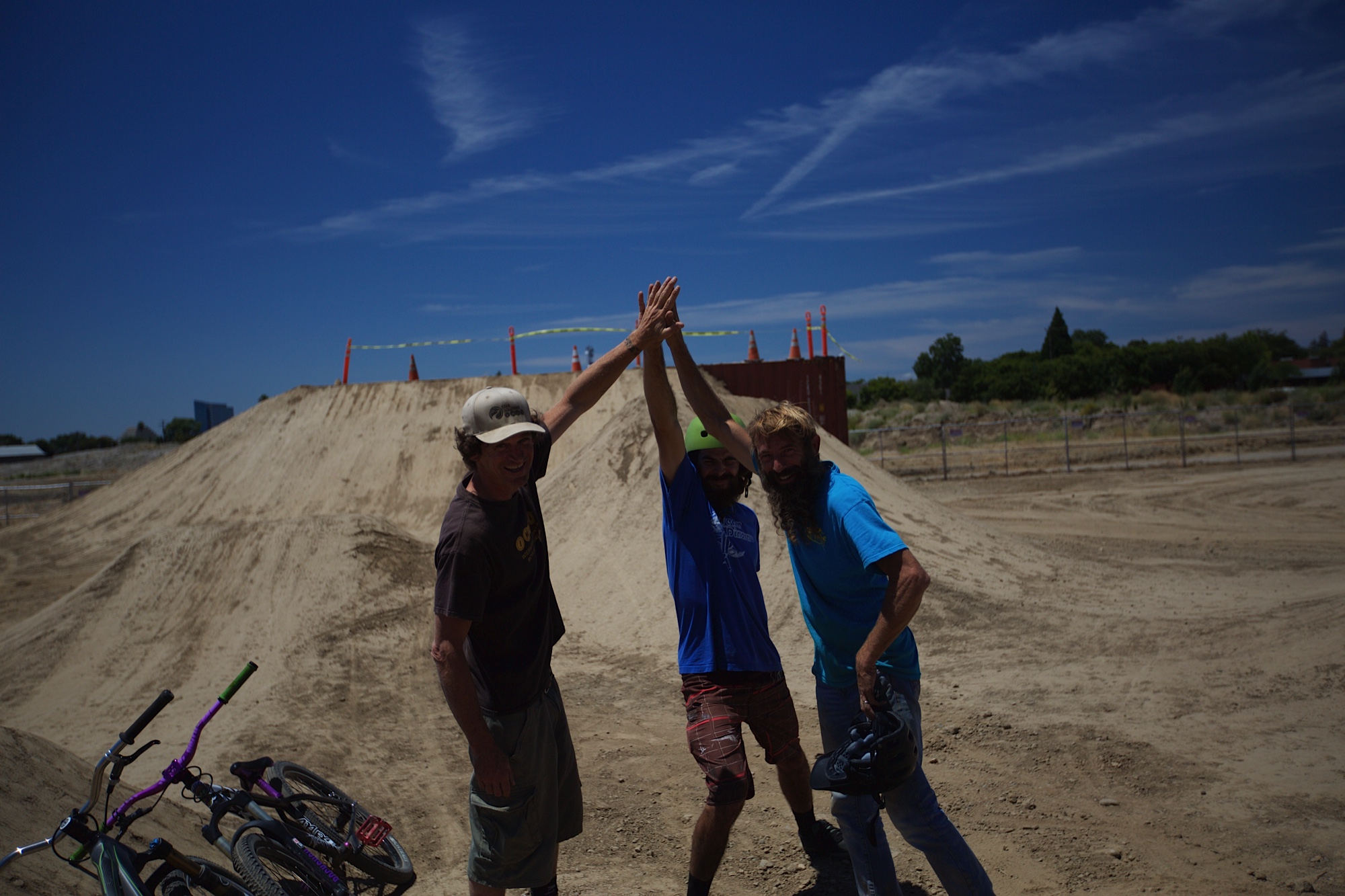 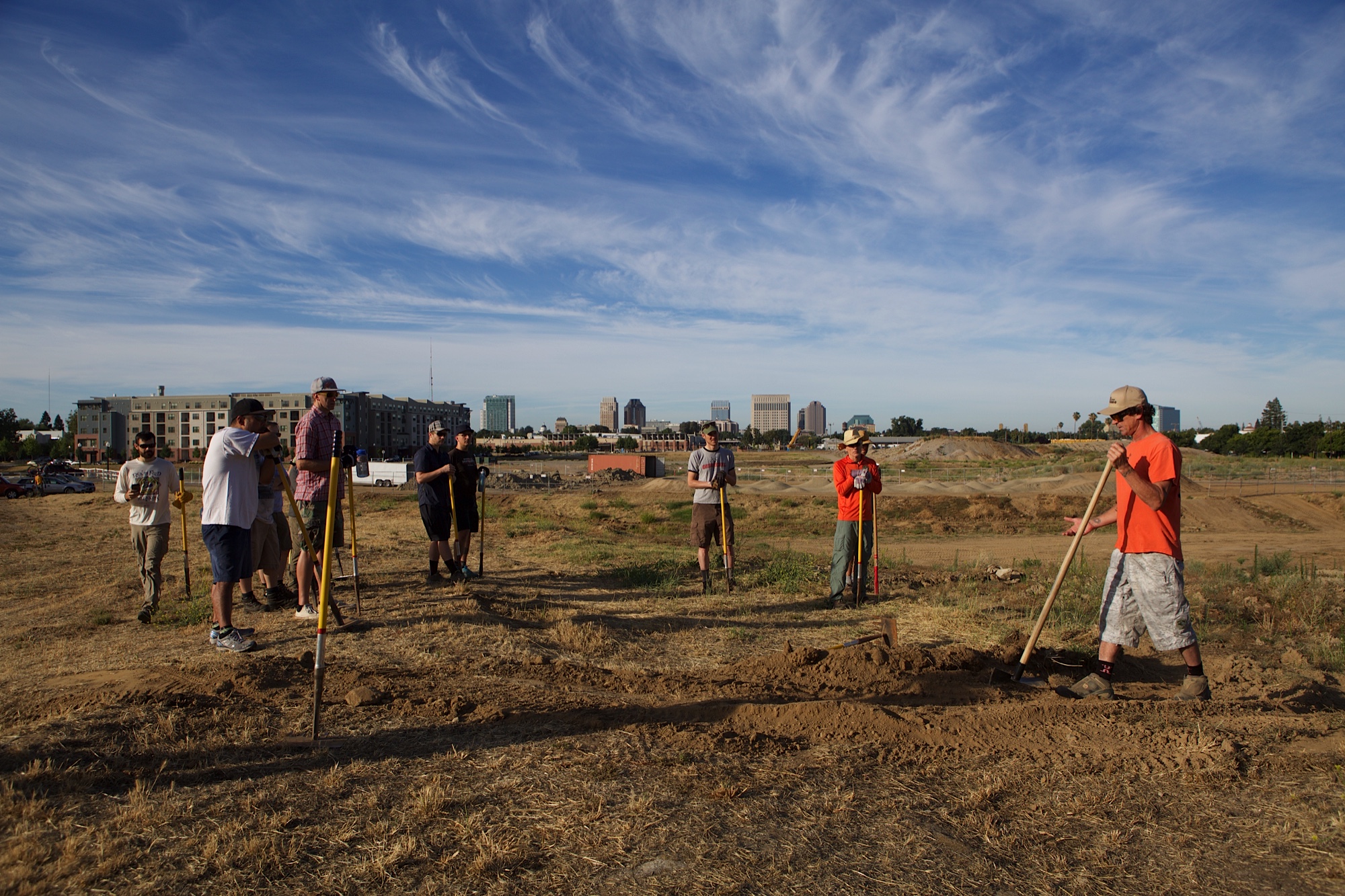 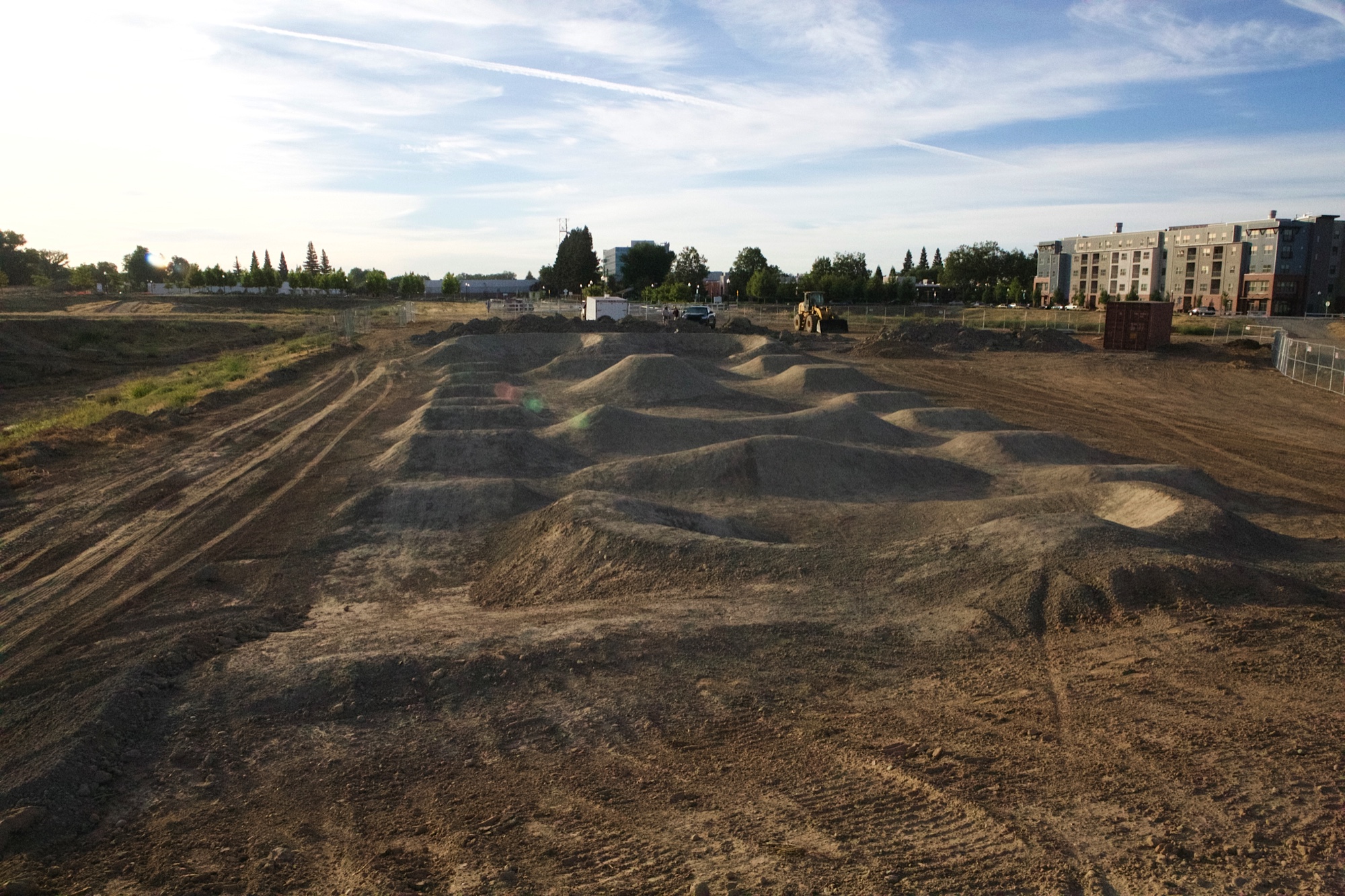 Trail Work at Corner Canyon Brings Out the Flow