Main image: Tricia Davis hikes with her bike on an adventurous ride in New Zealand. Photos courtesy of Endure Nepal.

“Endure Nepal” will be an observational documentary, twinned with an outdoor adventure film, that will explore sustainable tourism. The ultimate goal is to screen the film at several international film festivals, and share the film online and in cinemas nationwide. I’m excited to have an opportunity in this guest blog for IMBA to reflect on how this project began as we approach the final days of our Kickstarter campaign. Nearly a year ago, an article on the lack of women’s adventure films put a bug in my ear about the need for a fresh perspective. I have been riding bikes for more than 11 years, starting out when there were few women in the sport. Over the years I have made it a personal goal to help get more women riding by teaching and encouraging ladies who are new to the sport. I love connecting with other women through outdoor activity because there is a great camaraderie amongst women who are pushing their physical and mental limits. The positivity and motivation from the women I have met over the years has created an encouraging support system.

In April 2015, two massive earthquakes hit Nepal. I had been planning a trip to Nepal and the devastation from the earthquakes struck a chord in me. Although I had never been to the country, I had a strong desire to do something to help. I learned about a rebuilding project near the epicenter of the first earthquake and had been planning on traveling to Nepal with a bike, so I thought, “Why not ride there to help rebuild?” The idea for a female group ride and film project was the natural next step. I began thinking about what I hoped to achieve with the film:

A trip to Yosemite National Park serendipitously introduced me to filmmaker Sarah Li, and we began building an all-star team of ladies to bring the project to life.

The filmmakers, Sarah and Carolyn:

I lived and worked in Nepal many years ago, I have experienced the joy of falling in love with this incredibly special country—a love that is a lifelong commitment, a joyful and positive one that steals your heart so that you remain forever committed to Nepal. Having the opportunity to make an adventure film with a bunch of inspiring women in Nepal makes me the happiest and luckiest filmmaker in the world. I cannot wait to get this film shot.

At the age of 10 I sat enraptured, jaw dropped, in front of a travel show called ‘Around the world with Michael Palin.’ Ten years later, still in awe of Michael, I chose a career in documentary filmmaking with the dream of making a grand travel film. I am beyond excited to be a part of this venture, not only to fulfill a childhood dream but to help in the recovery of such a beautiful country.

I am very passionate about my country Nepal and I believe in giving back to community in any way I can. With ‘Endure Nepal’ I got to meet the ladies with the similar values as I have. They are coming halfway across the world to help Nepal and It gives me immense pleasure to be part of the team.

And the riders; Tricia, Melissa, Kjersti, Regina, Carolyn and Shonny:

I am thrilled to be part of this amazing adventure. Investing my energy and sharing my passion in Nepal to aid in the rebuilding efforts will undoubtedly be overshadowed by the life changing experience that I will gain. I am humbled to be included in this project.

I think the ‘Endure Nepal’ film is going to be such a strong story by having a group of women going on this journey to help a devastated country. It will challenge us in ways we never imagined and I hope will inspire others, especially females, to see their inner strength, reach outside of their comfort zones, trust others and tackle their dreams.

One hundred miles and 20,000 feet of elevation gain one direction seems like an awful lot now, but it’s hardly a speck compared to the amount that Nepal has had to endure in the wake of the earthquake. I cannot wait for this adventure, to share the stories of the people we meet along the way, offer assistance to a community that has suffered so greatly, and hopefully, inspire others!

Riding from Kathmandu to the Langtang Valley and the challenge of climbing 20,000 feet by mountain bike pales in comparison to the challenges the Nepalese people have faced. I am looking forward to working with local organizations to play a small part in the rebuilding efforts and learn more about this amazing place.

I am honored to be a part of the Endure Nepal team because it allows me the opportunity to contribute to the recovering economy of Nepal. I will be able to utilize my degree in Nutrition to help feed the people of Nepal through the greenhouse projects and use my background as a professional mountain biker as a platform to bring exposure through the film to others around the world.

The journey will feature more than 100 miles of riding with 23,000 feet of climbing from Kathmandu to the Langtang Valley. The team will be riding Rocky Mountain Bicycles Sherpa bikes and carrying gear using packs generously provided by Blackburn Designs. The team will be building a high altitude greenhouse as part of a self-sustaining project in the area. The trip is scheduled for March 2016. Learn more about the project through the Endure Nepal film Kickstarter campaign, which ends February 3.

— Guest blogger Julie Cornelius is the team coordinator, film producer and a rider for the Endure Nepal film. 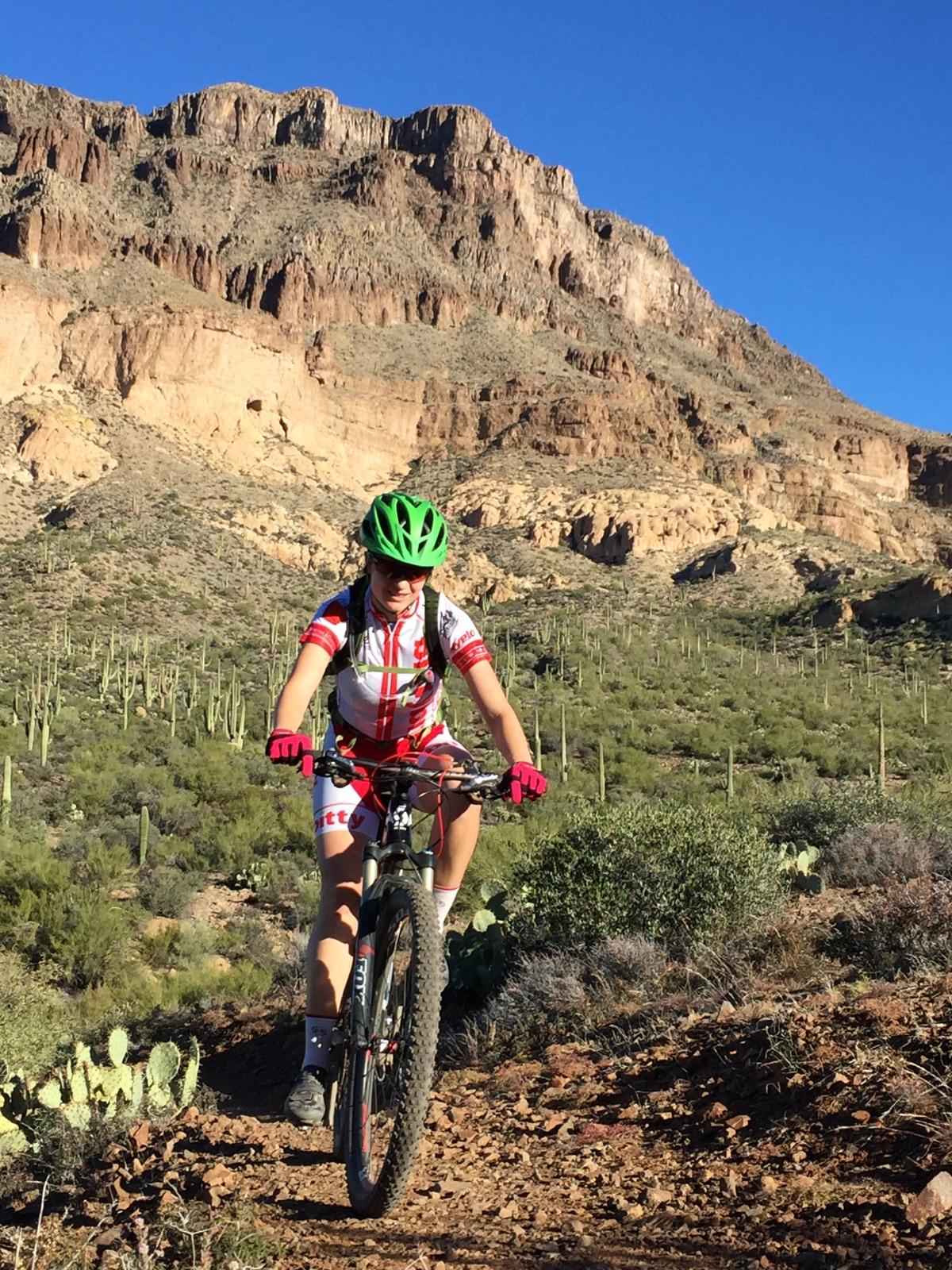 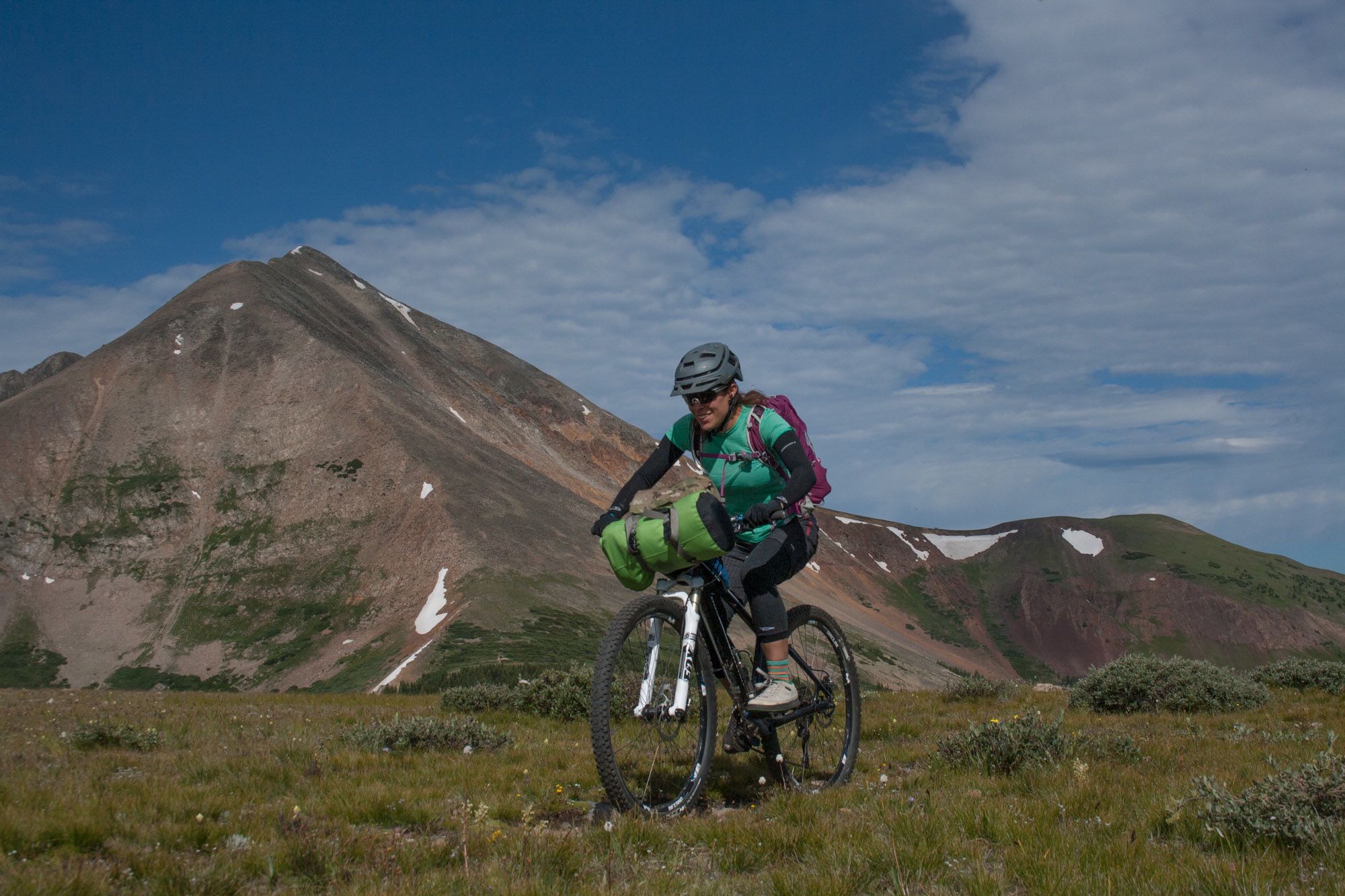 What's in Your Chamois?